Microplastics found in guts of sharks off UK coast 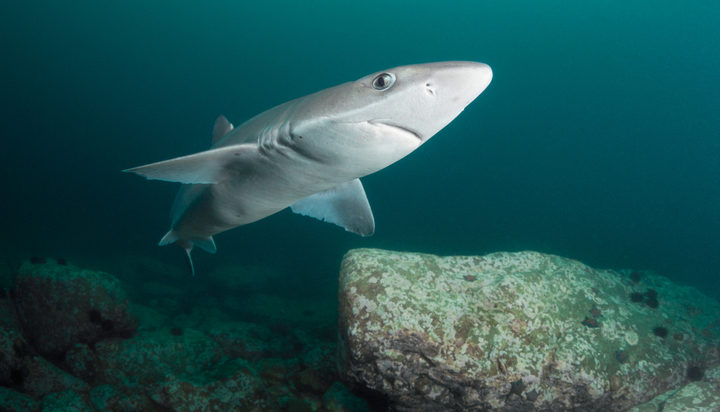 Microplastics have been found in the guts of sharks that live near the seabed off the UK coast.

A total of 46 sharks were examined, with 379 microplastic and other man-made fibre particles being found in 67% of the creatures studied.

The impact of ingesting plastic particles on the sharks’ health is unknown but researchers stress it reveals the “pervasive nature of plastic pollution”.

Lead Author Kristian Parton, of the Centre for Ecology and Conservation at Exeter’s Penryn Campus in Cornwall said: “We were surprised to find not only microplastics but also particles such as synthetic cellulose, which is most commonly found in textiles and clothing.

“When clothes are washed, or items are discarded as litter, tiny fibres are released and these often flow into water sources and out to sea. Once in the sea, microfibres can either float or sink to the bottom, which is where these sharks live. The fibres could then be ingested via the sharks’ food, which is mostly crustaceans, or directly through the sediment on the seabed.”