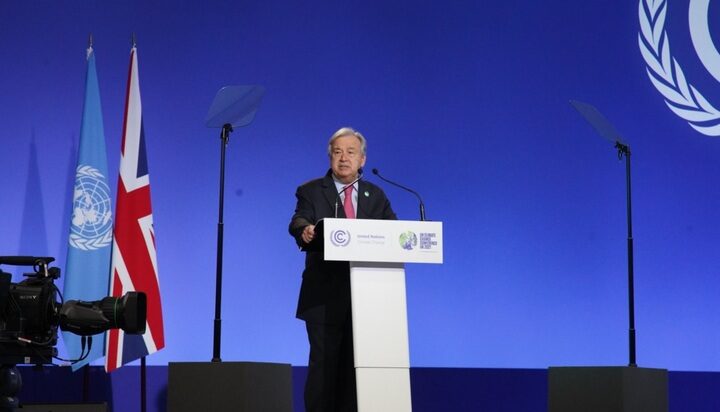 The UN Chief has urged the world’s leaders and people around the world to “stop treating nature like a toilet.”

Speaking at the opening of the World Leaders Summit at COP26, UN Secretary-General António Guterres said: “Our addiction to fossil fuels is pushing humanity to the brink.

“We face a stark choice:  Either we stop it — or it stops us. It’s time to say: enough. Enough of brutalising biodiversity. Enough of killing ourselves with carbon. Enough of treating nature like a toilet.”

Mr Guterres warned that the planet is “still careening towards climate catastrophe: “Even in the best-case scenario, temperatures will rise well above 2°C. So, as we open this much-anticipated climate conference, we are still heading for climate disaster.

“Young people know it. Every country sees it. Small Island Developing States and other vulnerable ones live it. For them, failure is not an option. Failure is a death sentence.”

Earlier, in his speech at the opening ceremony of COP26, Prince Charles said that climate change poses greater existential threat than Covid-19.