The world leaders were all hopeful of transitioning to renewable energy, advancing green innovation and trade 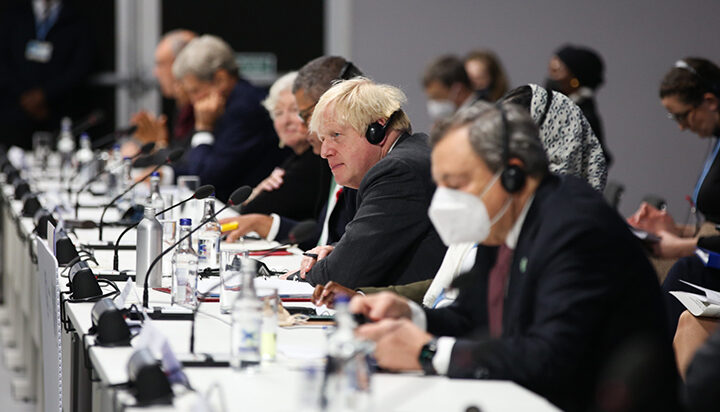 Prime Minister Boris Johnson has held positive talks with the leaders of Egypt, India and Indonesia at COP26.

Ahead of Egypt’s hosting of COP27 next year, Boris Johnson spoke with Abdel Fattah al-Sisi on strengthening the relationship between the two nations in security, defence, education and trade.

The Egyptian President was reportedly a large advocate for all countries to transition to renewable energy and agreed to work closely with the UK after the climate summit finishes to grow the African nation’s green technology sector and secure more ambitious climate targets.

India announced its aim of achieving net zero emissions by 2070 yesterday at the conference, despite recent criticism after it labelled net zero targets futile.

Indian frustrations were reported to be due to the lack of climate finance made available from developed nations to help developing nations – something that Boris Johnson touched on in his opening ceremony speech yesterday.

“We now have a duty find those funds, $100 billion a year, that was promised in Paris by 2020 but which we won’t deliver until 2023 – to help the rest of the world to move to green technology,” he said.

The British Prime Minister offered the UK’s support to Indian Prime Minister Narendra Modi, as the country looks to transition away from coal to renewable energy.

The UK India Green Guarantee – which involves the UK unlocking £750 million from the World Bank for green projects across India – was praised by Modi.

He discussed how the countries must collaborate more to transition to renewable energy with President Joko Widodo and the ‘Clean Green Initiative’, which will see UK aid-funded green investments double to more than £3 billion during the next five years to support clean infrastructure projects in developing countries.