Nearly $31 trillion is at risk from the exponential growth of built environment, a new report finds 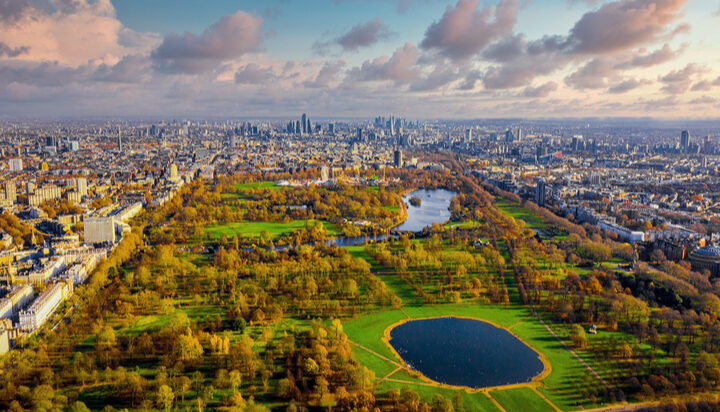 A staggering 44% of global GDP, around $31 trillion (£22.8tn), in cities around the world could be at risk of some sort of disruption from nature loss.

That is one of the conclusions of a report by the World Economic Forum which suggests the rapid growth of the global built environment undermines nature’s contributions to societies and economies.

The analysis shows that by shifting investment to nature-based solutions (NbS) for infrastructure, cities can future-proof their existence and limit the impact of built environment on biodiversity.

NbS are, on average, 50% more cost-effective than “grey” alternatives, the authors of the report suggest.

They also note that spending $583 billion (£429bn) on NbS for infrastructure and on measures that restore nature could create more than 59 million jobs by 2030.

Akanksha Khatri, Head of Nature and Biodiversity at World Economic Forum, said: “In the conventional paradigm, urban development and environmental health are like oil and water.

“This report shows that this does not have to be the case. Nature can be the backbone of urban development.”

Jo da Silva, Arup Global Sustainable Development Leader, commented: “Cities don’t need to be concrete jungles in conflict with nature in and outside their boundaries.

“They should be places where all people and nature co-exist and thrive together.”