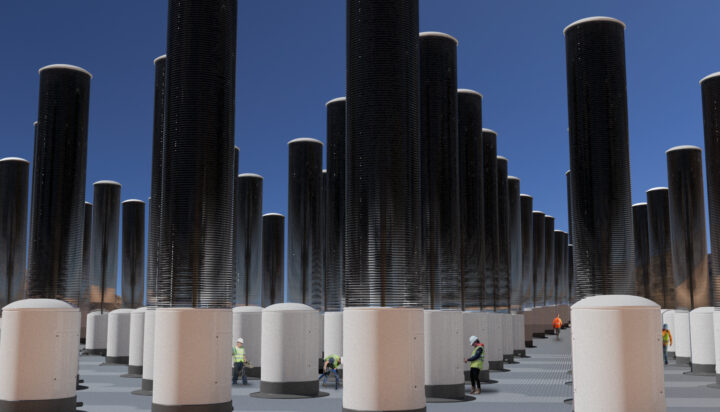 What if forests did not have leaves, branches and roots but instead mechanical trees that soak up gigantic amounts of carbon dioxide?

Each of these farms has hundreds of the so-called MechanicalTrees – these act like a tree breathing in carbon dioxide from the atmosphere.

The scientific team of Arizona State University notes, however, that, unlike other carbon capture technologies, these vertical columns of discs, each about five feet in diameter, remove carbon dioxide without needing to draw air through the system using energy-intensive devices.

The technology, which will be commercialised by Dublin-based company Carbon Collect, captures carbon as the wind blows air through the system from any direction.

Carbon Collect Chief Executive Officer Pól Ó Móráin said: “We expect this project to be an important step for the commercialisation of a technology that can be scaled to help balance the world’s carbon budget.”