“Rapid development of the war will affect Ukraine’s energy security” 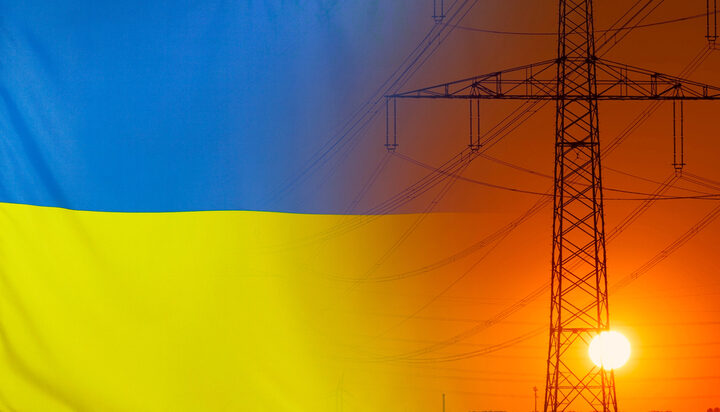 Ukraine’s energy security might be at risk if Russian troops continue their invasion hitting energy facilities.

On Sunday, the country’s nuclear authority said as a result of the mass bombing of Kyiv, Russian missiles hit a radioactive waste site.

The State Nuclear Regulatory Inspectorate of Ukraine added: “As a result of the mass shooting it is currently not possible to assess the extent of the destruction.”

The service said once it was safe, inspectors would assess radiation levels.

DTEK Chief Executive Officer Maxim Timchenko provided an update on the latest developments and how these affect the current state of Ukraine’s power plants and electricity transmission.

On Friday, Mr Timchenko said the energy sector had withstood the first blow.

ELN asked DTEK’s boss how optimistic he was about the future resilience of the sector.

Mr Timchenko said: “Definitely if we experienced such a rapid development of the situation, it will affect our energy security, by all means, starting from coal shortage and going through all other issues we could potentially have.

“What brings a bit more confidence is that Russians are not destroying critical infrastructure. So even taking over power stations, they let them work and stay in operations and be connected to the energy system and provide electricity supply.”

He added that no one could predict how the situation would unfold.

DTEK Executive Director, Head of DTEK Group Headquarters Dmitry Sakharuk said: “The critical situation may happen if some big elements of the energy system are damaged or destroyed like a big unit or a nuclear plant is out of the grid.”

Mr Timchenko also said that the country has 15 to 20 days left of coal reserves or 730,000 tonnes if there is no additional supply of coal.

Ukraine’s daily coal consumption is estimated at around 40,000 tonnes.

Mr Timchenko also admitted that the Ukrainian Government has asked DTEK to switch to gas instead of coal to preserve strategic reserves.

DTEK also reported that nearly 50% of its regional distribution companies had experienced disruptions and damage.

The damage was mostly to transmission lines and substations.