The war in Ukraine can’t be an excuse to develop new oil and gas projects, a new report has warned 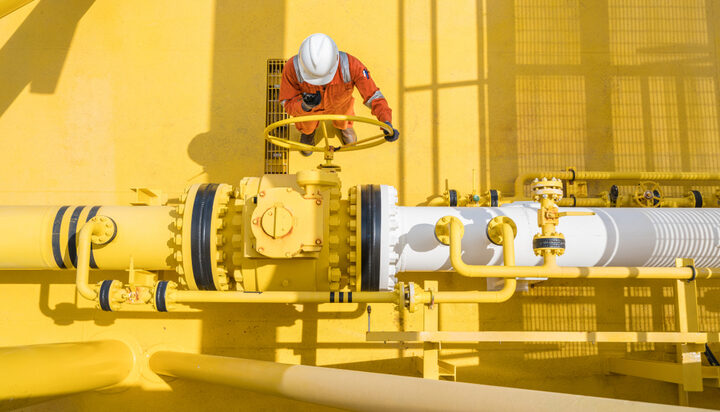 Rich countries must end oil and gas production by 2034 to keep the world on track for 1.5°C temperature limit and give poorer nations a fair chance to replace their income from fossil fuel production.

That’s according to a new report from Professor Kevin Anderson, a researcher at the Tyndall Centre for Climate Change Research, and Dr Dan Calverley, who have warned that there is no room for any nation to increase production.

The authors stress that all counties need to make a “significant cut” in oil and gas production this decade and the war in Ukraine and the imposed sanctions should not be considered an excuse to scale up fossil fuel production.

The richest countries, which produce over a third of the world’s oil and gas, must cut output by 74% by 2030 – the UK, the US, Italy, Canada and Australia are all included in this group.

On the opposite side of the spectrum, the poorest countries, which supply just one-ninth of global demand, must cut back by 14%, according to the report.

Kevin Anderson, Professor of Energy and Climate Change at the University of Manchester, said: “The research was completed prior to Russia’s invasion of Ukraine. Of course, our first thoughts are with the Ukrainian people and indeed with all of those caught up in the war.

“But the rocketing oil and gas prices only serve to strengthen the case we make in our report. Had we spent the last twenty years establishing an efficient and sensible use of energy alongside a massive rollout of renewables, we would not now be scrabbling around for alternative oil and gas supplies and facing the impacts of volatile prices.

“Now is exactly the time we should be planning for a renewable twenty-first center rather than reliving the oil-based twentieth.”