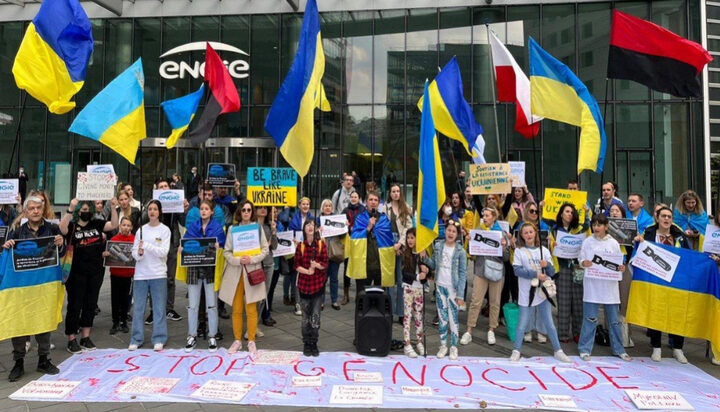 Protesters gathered outside the headquarters of ENGIE in Paris, France to demand the termination of the company’s gas contracts with Gazprom in Russia.

It has been reported that around 100 protesters gathered on Friday outside the energy giant’s offices, holding placards reading “Engie! Stop Bloody Energy”.

The protest was organised by the Association of Ukrainians.

Volodymyr Kogutyak, a representative of the Association of Ukrainians in France, said, “ENGIE, Gazprom’s main partner in the French market, currently has five long-term contracts for the supply of Russian gas.

“Despite the full-scale Russian aggression in Ukraine, which has been going on for more than two months, ENGIE has not yet announced the termination of existing contracts with Russia.”

In a statement last month, ENGIE said: “At a time when there are increasing tensions in energy markets, ENGIE will continue to prioritise the security of energy supply to its clients.

“Should European sanctions affect Russian supplies – which account for 40% of all European gas needs, across all operators – ENGIE would comply with such decision at all levels.”

ELN has contacted ENGIE for a response.