The solar-powered Interceptor 001 has been deployed at the Cengkareng drain in Jakarta on a trial run since May 2019. 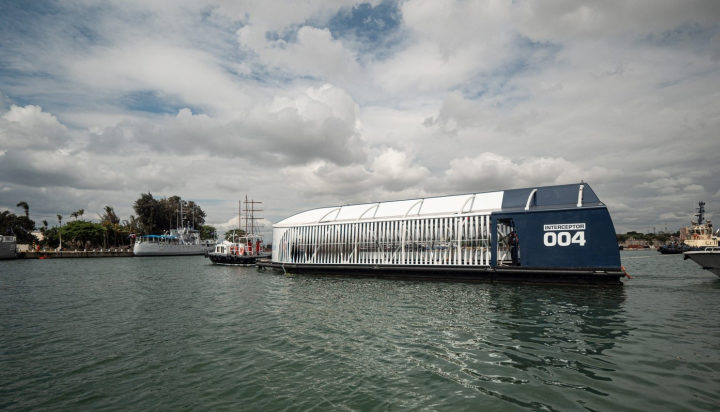 Netherlands-based nonprofit The Ocean Cleanup (TOC) has shipped a first generation prototype of its Interceptor 001 technology to Jakarta, at the mouth of the Cengkareng drain that connects the Angke River to the Java Sea.

TOC is committed to deploy the solar-powered device across the 1,000 most polluted rivers in the world in the next five years, starting with waterways in the Dominican Republic and southern Vietnam.

The river-cleaning project is part of TOC’s goal to curtail the plastic overflow into oceans by 80% in the next few years.

The Jakarta prototype is currently running at around quarter-capacity and requires to be emptied frequently. According to TOC, the device can collect up to 50,000 kilogrammes of plastic per day and hold 50 cubic metres of rubbish at full capacity.