Fly-tipping ‘increases across more than half of UK councils’

More than 90% of household waste recycling centres are now closed, with the remainder suffering high levels of disruption, according to a new survey 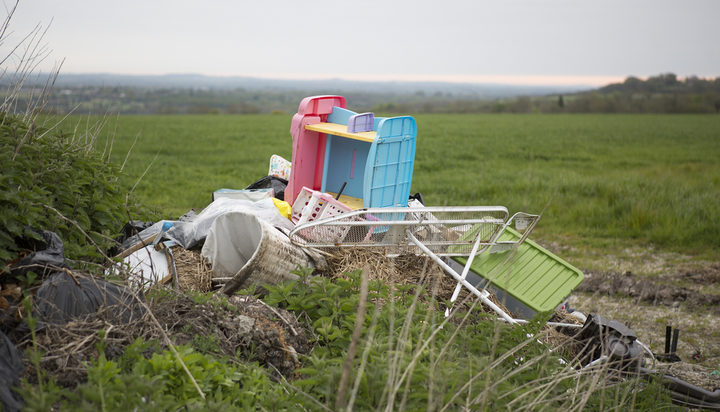 Fly-tipping has increased in more than half of the UK’s local authority areas according to a new waste impact survey by the Association of Directors of Environment, Economy, Planning and Transport (ADEPT).

From the 250 local authorities that participated in the survey, 30% said the increase in fly-tipping in the week commencing 6th April was within the range of 0-20%, while almost two out of ten stated they saw a rise of between 20-50%.

An increase of more than 50% in fly-tipping rates during the first week of April was measured by 4% of councils surveyed, with 1% claiming a greater than 100% increase.

In a bid to understand the changing status of waste services across the UK and the continuing impacts of Covid-19, the report suggests the biggest impacts are for bulky and garden waste, which a large numbers of authorities have had to stop collecting so they can focus on core services.

The report says more than 90% of household waste recycling centres are now closed, with the remainder suffering high levels of disruption.

It also notes the lockdown has led to more waste and recyclables being collected from homes than normal, although there has been a ‘significant’ decrease in the volume of commercial waste collected from pubs, clubs, shops and offices.

Ian Fielding, Chair of ADEPT’s Waste Group, said: “The emerging picture for waste services is encouraging, particularly as we can see slightly less impact on collections despite local authorities continuing to suffer high levels of absence and having more household waste and recycling to manage.

“It is disappointing to see an increase in fly-tipping, although this is by no means universal and fly-tipping clearance services are running almost as normal. We would encourage householders to check that anyone offering to remove their bulky waste is licensed to do so.”