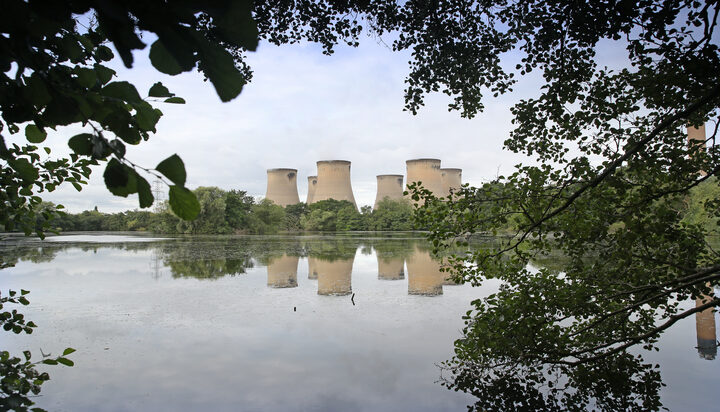 Drax power plant at Selby which uses biomass is the UK’s biggest carbon dioxide emitter, according to new research by Ember.

Analysts of the environmental think tank placed the Drax plant in third place of the top five list with the carbon emitters in Europe, after assessing the carbon footprints of European coal power projects.

The authors of the report note only Belchatow in Poland and Neurath in Germany emit more carbon dioxide than the Drax power station.

It said the scale of wood-burning by Drax every year means that the project is also one of the top five emitters of PM10 air pollution in Europe.

Phil MacDonald, Ember Chief Operating Officer, said: “Recent science demonstrates that burning forest biomass for power is unlikely to be carbon-neutral and there’s a real risk that it is responsible for significant emissions.

“Before the government spends more taxpayer money on biomass, we should make sure we know we are getting the emissions reductions that we are paying for.”

A Drax spokesperson said: “Ember’s interpretation of the figures for Drax’s carbon dioxide emissions is inaccurate and completely at odds with what the world’s leading climate scientists at the UN Intergovernmental Panel on Climate Change (IPCC) say about sustainable biomass being crucial to delivering global climate targets.

“Drax Power Station produces 12% of the UK’s renewable electricity, keeping the lights on for millions of homes and businesses.

“Converting Drax Power Station to use sustainable biomass instead of coal transformed the business into Europe’s biggest decarbonisation project and has helped Britain decarbonise its electricity system at a faster rate than any other major economy.

“We have reduced our emissions by more than 90% in the last decade and Drax is now one of Europe’s lowest carbon energy generators.”

A BEIS spokesperson said: “We do not recognise these figures. The UK Government is committed to eliminating our contribution to climate change by 2050 and biomass is a key element of our plans to reach this target.

“The UK reports and accounts for biomass emissions in accordance with internationally agreed rules that follow guidance from the IPCC.”