Fully achieving all net zero pledges to date and the Global Methane pledge by those who signed it would limit global warming to 1.8°C, the Executive Director of the International Energy Agency said 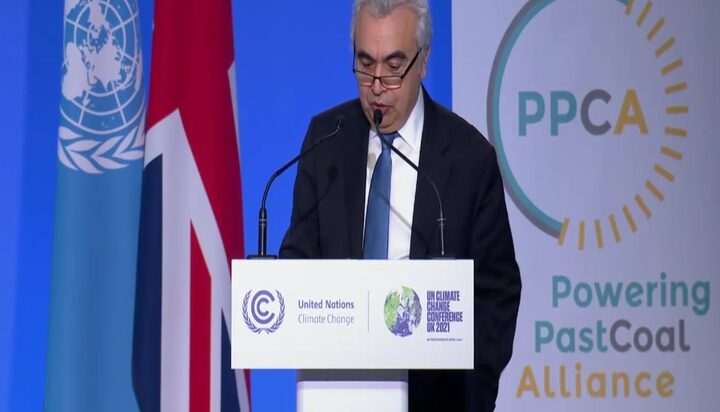 Glasgow is bringing the planet closer to the Paris Agreement.

That’s the suggestion from Dr Fatih Birol, Executive Director of the International Energy Agency who spoke at the last big event of the Energy Day at COP26 hosted by the Powering Past Coal Alliance: “We have heard pledges one after another. Countries committing to net zero. Also at COP, we have seen India and some other countries make commitments.

“The answer is the following if all these pledges were implemented the temperature increase would be limited to 1.8°C. I think this is a very well celebrated achievement.”

Following Mr Birol’s announcement, Selwin Hart, Special Adviser and Assistant Secretary-General for Climate Action at United Nations said that people can not celebrate before we make these pledges happen.