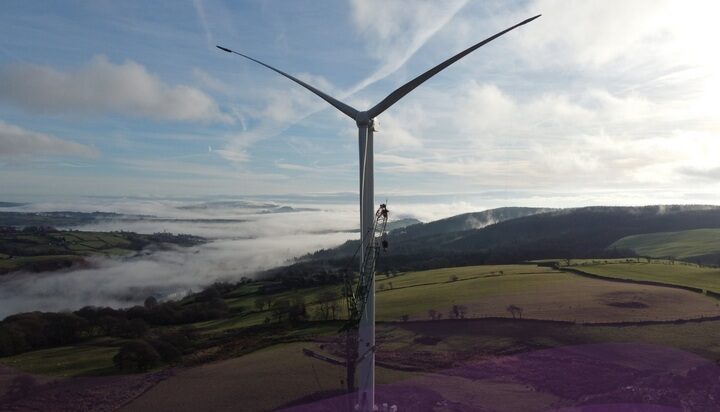 South Wales’ grid will soon get fresh green juice as construction on what is claimed to be UK’s first consumer-owned wind farm has been completed.

The so-called Graig Fatha onshore wind farm is owned by 907 members of the clean energy ownership platform Ripple Energy who invested a total of £2.2 million in the project.

By buying shares in the wind farm, customers will benefit from the power the project generates.

It is estimated that on average they will have annual savings of around 25% on their energy bills across the turbine’s 25-year lifespan.

More than 80% of customers bought enough shares to power their entire homes’ consumption through the power generated by Graig Fatha.

Members of the community in the area are invited to choose how much of a wind farm they would like to purchase, starting at as little as £25.

A second wind farm will be open for share purchase in 2022 and vouchers can be purchased for shares in the next site now.

Sarah Merrick, Chief Executive Officer of Ripple Energy, said: “Ripple’s pioneering project demonstrates the success of a consumer ownership model in wind which can be replicated across the country.

“As the UK Government continues to push for new green initiatives to help reach our net zero goals, we are proud to support consumers directly fund cheap, clean renewable energy in a simple way.”