IE Week 2022: “We won’t survive unless we change the access to affordable, sustainable energy” 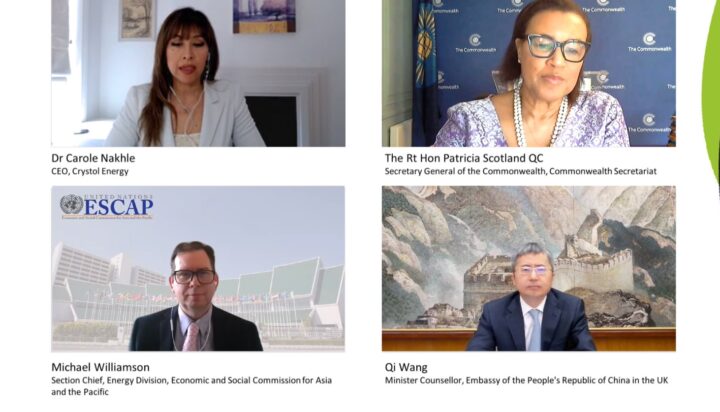 Several countries across the world have zero chance of survival without improving the access to affordable and sustainable energy.

That’s the suggestion by Commonwealth Secretary-General Patricia Scotland who addressing a session during the International Energy Week 2022, launched by the Energy Institute, said: “Half of the 759 million people in the world without access to energy live in our Commonwealth.

“Climate change is the primary global challenge. Our small member states are not going to survive unless we really change this (access to clean energy). Almost half of the people in the world without access to energy live in Commonwealth. And we’ve got to change this.”

Michael Williamson, Section Chief, Energy Division, Economic and Social Commission for Asia and the Pacific, said: “The Asia Pacific as a region is the largest energy consumer but also it’s a very dynamic region.

“So it’s consuming energy and its energy demand growth is higher than other regions. What happens in the Asia Pacific and the energy transition will affect the rest of the world.”

Mr Williamson said the Asia Pacific is behind other regions in decarbonising its energy mix.

He said: “Asia Pacific has a 76% of the global coal-fired power generation capacity. But when we look at the forward planning for the new coal-fired power plants, we actually have about 94% of the world’s plant capacity.”

In respect of China’s views on promoting energy transition, Qi Wang, Minister Councellor, Embassy of the People’s Republic of China in the UK, said: “China is striving to promote clean energy and low carbon development.

Mr Wang said China will achieve a carbon peak before 2030 and carbon neutrality before 2060.