He says governments are to blame for their broken climate promises 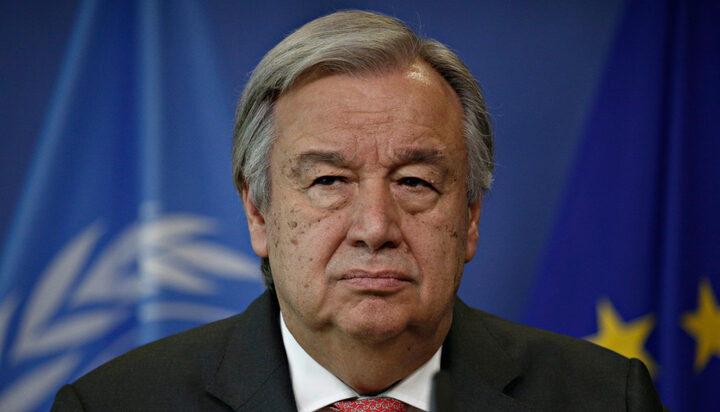 UN Secretary General António Guterres has called the Intergovernmental Panel on Climate Change’s (IPCC) recent report a “file of shame” in relation to the lack of environmental promises met.

The report is the third in eight months from the UN body and details the steps that must be taken if the world is to keep the ambitions set in the Paris Agreement alive.

It reveals that keeping temperature increases to 1.5°C is possible if all sectors can halve emissions by 2030.

Responding to the findings, Guterres said: “The jury has reached a verdict – and it is damning. This report of the IPCC is a litany of broken climate promises. It is a file of shame, cataloguing the empty pledges that put us firmly on track towards an unliveable world.”

He was not willing to sugar-coat the situation in his speech at the report launch in New York, stating: “We are on a fast track to climate disaster. Major cities under water; unprecedented heatwaves; terrifying storms; widespread water shortages; the extinction of a million species of plants and animals.

“This is not fiction or exaggeration.  It is what science tells us will result from our current energy policies.”

The Secretary General has called out governments for inaction stating they are “not just turning a blind eye, they are adding fuel to the flames. They are choking our planet, based on their vested interests and historic investments in fossil fuels, when cheaper, renewable solutions provide green jobs, energy security and greater price stability.”

Commenting on the findings of the report, he said “leaders must lead but all of us can do our part” and that a duty is owed to young people to do the right thing.

He concluded: “Choices made by countries now will make or break the commitment to 1.5°C. A shift to renewables will mend our broken global energy mix and offer hope to millions of people suffering climate impacts today.

“Climate promises and plans must be turned into reality and action, now. It is time to stop burning our planet and start investing in the abundant renewable energy all around us.”