Industry responds to the Queen’s Speech

The government will bring forward an Energy Bill to deliver the “transition to cheaper, cleaner and more secure energy” – but what does the industry think? 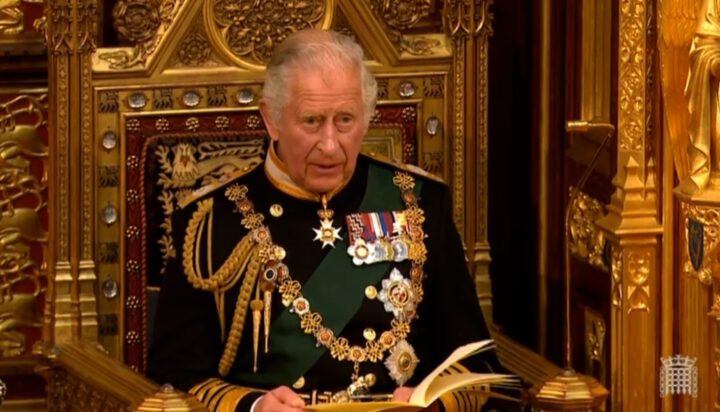 An Energy Bill is among the government’s priorities for the next parliamentary session.

That was one of the key messages of the Queen’s Speech delivered by Prince of Wales Charles.

In response to the new Energy Bill unveiled in the Queen’s Speech earlier today, Ofgem Chief Executive Officer Jonathan Brearley said: “At a very difficult and pivotal time for consumers up and down the country, the Energy Bill provides a clear direction of travel to boost our clean home-grown energy, reduce reliance on global fossil fuels, and drive us towards a secure and carbon-neutral future.

“As laid out today, Ofgem is ready to play our role in this, helping to create and invest in the infrastructure for net zero to thrive, building robust local energy systems and spearheading innovative technologies such as carbon capture and storage.

“We look forward to working with government and wider industry and NGO partners to make the proposals laid out today a reality.”

Energy UK’s Director of Advocacy Dhara Vyas said: “It’s really good news to see the inclusion of an Energy Security Bill in the Queen’s Speech, as we have been calling for.

“It’s vital to have the legislation and frameworks in place that will enable delivery of the ambitious targets set out in the Prime Minister’s Ten Point Plan and Energy Security Strategy.

“It’s welcome to see the proposals for greater consumer protection for customers of heat networks and the focus on transmission and connections, which will be essential for supporting the planned expansion of low carbon generation and storage.”

“While an independent future system operator will help shape our energy system, it’s important that introducing competition into the networks will benefit customers and not hinder progression.

“We now need the government to take further action in the Energy Security Bill by giving network companies the ability to make early, vital investment in infrastructure and giving Ofgem a net zero mandate, which will enable a clean energy system to be delivered at best value for customers.”

RenewableUK has highlighted the need for changes in planning and energy policies.

Dan McGrail, Chief Executive Officer of RenewableUK, said: “The government has put low carbon power at the heart of Britain’s Energy Security Strategy, including a target of quadrupling offshore wind by 2030, so we need to ensure that the frameworks for planning and connecting new energy projects supports this target, as well as longer-term growth needed for net zero.”

Time has come for the delivery of the promises

Following the Queen’s speech delivered today, the not-for-profit Energy and Utilities Alliance (EUA), has declared the time has come for the government to deliver on the many promises made by ministers around the hydrogen economy.

“This puts consumers at the heart of decarbonising homes in the UK, giving people the choice between the relevant technologies – heat pumps, heat networks and hydrogen gas boilers.

“The latter will involve no additional upfront costs to the consumer and minimal levels of disruption and creates a secure energy supply free from the blood-stained hands of President Putin.

“We need to hear details of the business model that will deliver UK domestic production of this zero-carbon wonder-fuel and practical action to make sure every home that wants cheap, zero carbon gas for their boilers, cookers and fires gets it.”

Failure of courage and compassion

The Poverty Alliance branded the Queen’s Speech a failure.

Peter Kelly, Director of the campaign group said: “People want a UK Government that believes in compassion and justice, and in making sure everyone can live a dignified life. This Queen’s Speech has failed to live up to those values.

“This Queen’s Speech shows that the UK Government still hasn’t got the courage to make the changes we need. They have failed to put forward a vision for our future, failed to have compassion for people, and failed to promise the economic justice we all need.”

“For too long, ministers have sat back and allowed thousands of UK jobs in this key industry of the future to be lost to other nations.”