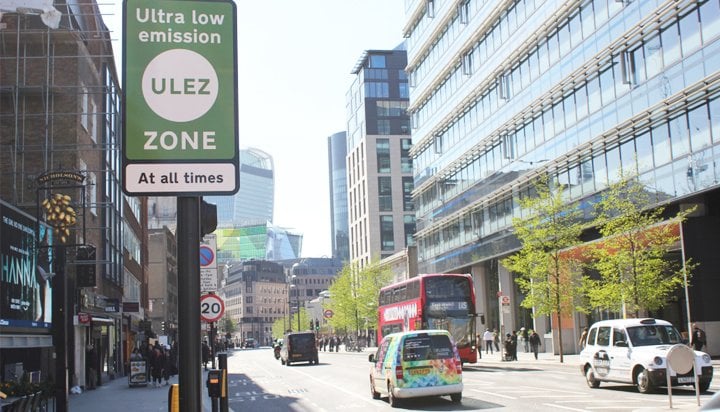 The consultation seeks views on proposals to expand the low emission zone on 29th August 2023.

The Mayor’s office has predicted the scheme could reduce carbon dioxide emissions by up to 150,000 tonnes.

The number of the most polluting vehicles is also forecast to be reduced by between an additional 20,000 and 40,000 a day.

Drivers of non-compliant vehicles are charged a daily fee of £12.50 for entering the ULEZ.

Last year, official figures showed that almost 77,000 old, polluting vehicles were driven per day inside the extended ULEZ in London in its first month.

Announcing his plans in March, the Mayor of London Sadiq Khan said: “If no additional action is taken to reduce air pollution beyond the existing policies, around 550,000 Londoners would develop diseases attributable to air pollution over the next 30 years and the cumulative cost to the NHS and the social care system is estimated to be £10.4 billion.”

A few months ago, researchers found that London had the fourth-highest Low Emission Zone (LEZ) fine in the world.