‘Human influence’ will see temperatures like these ten times more likely in the future, it says 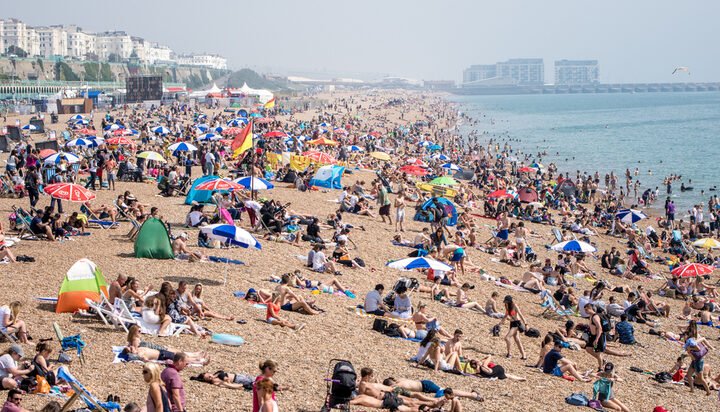 Climate change is making the change of seeing 40°C in the UK, like this week, ten times more likely.

That’s according to the World Meteorological Organization (WMO), which claims before these past few days, the record temperature recorded in the UK was 38.7°C – which was only three years ago.

The temperature has been rising consistently in the last few years, with recent peaks linked to “human influence.”

On the Met Office’s issuing of a red warning, Dr Nikos Christidis, Climate Attribution Scientist, said: “Climate change has already influenced the likelihood of temperature extremes in the UK.

“The likelihood of exceeding 40 degrees Celsius anywhere in the UK in a given year has also been rapidly increasing and even with current pledges on emissions reductions, such extremes could be taking place every 15 years in the climate of 2100.”

For the first time temperatures of 40°C have been forecast in the UK and UK MetOffice has issued the first ever Red warning for exceptional #heatwave. In Portugal and Spain, temperatures have reached highs around 46 degrees Celsius. Details here👇https://t.co/S4R5we1xsD… pic.twitter.com/HK4EwESAc9

The issue is not specific to the UK, with Portugal reaching scorching temperatures of 46°C in recent years – with red warnings in place for most of the country.

UN Chief António Guterres said: “Half of humanity is in the danger zone. Nations continue to play the blame game instead of taking responsibility for our collective future.”

He described the Paris Agreement as being on ‘life support’ – and that if governments don’t begin to take action, this would only get worse.

The WMO also explained that the heatwave is acting like a lid – trapping atmospheric pollutants – exacerbating air quality and leading to adverse health effects.