Fizzy drinks are better than burgers for the planet! 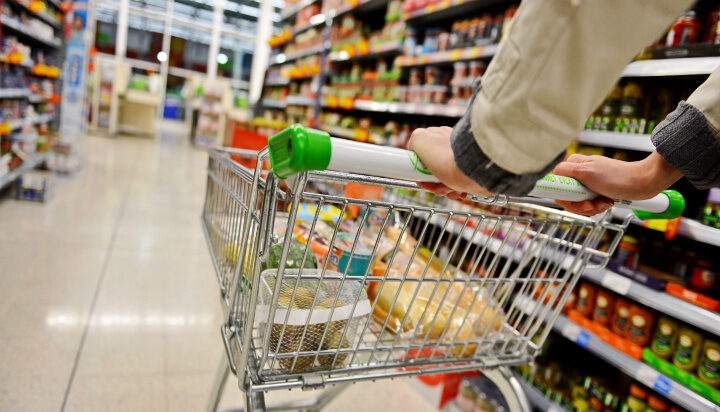 Which is the quickest way to the “greenest” aisle?

Next time you go shopping what’s in the “greenest” aisle?

Well, you should be ditching the lamb and beef and sticking fizzy drinks into your basket!

Research from Oxford University looked into the environmental impact of 57,000 supermarket food products in the UK and Ireland.

The paper, published in the PNAS journal this week, found that many meat alternatives had a fifth to less than a tenth of the environmental impact of meat-based equivalents.

The authors note that desserts, cakes, biscuits, pies, other cereals and prepared foods (pizzas, ready meals) have an estimated environmental impact score that ranged from two to five.

Higher impact with an average score from five to ten included nuts, sweet and savory spreads, cheese, fish and some meats (pork and poultry).

The highest impact with an estimated score of more than ten contained beef and lamb products.

It is believed that the findings could inform future decisions to introduce eco-labels on products found in well-known supermarket brands.

Pete Scarborough, Professor of Population Health at the University of Oxford, said: “This work is very exciting – for the first time we have a transparent and comparable method for assessing the environmental footprint of multi-ingredient processed foods.

“These types of foods make up most of the supermarket shopping that we do, but until now there was no way of directly comparing their impact on the environment.

“More importantly, it could prompt retailers and food manufacturers to reduce the environmental impact of the food supply thereby making it easier for all of us to have healthier, more sustainable diets.”