“Energy bills are going to be affordable,” the Prime Minister said in the House of Commons 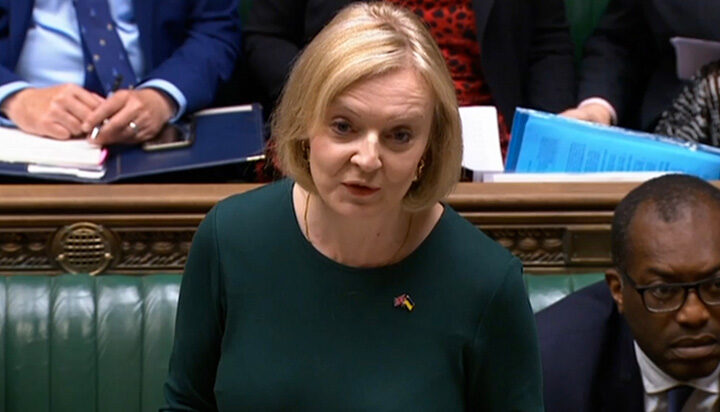 Energy bills will be capped at £2,500 as Prime Minister unveils her plan to go for oil and gas and fracking to guarantee energy security.

Giving her first policy speech to the commons,  Liz Truss announced: “From 1st October, a typical household will pay no more than £2,500 per year for each of the next two years, while we get the energy market back on track.”

This move, she claims will “save a typical household £1,000 a year and comes in addition to the £400 energy bills support scheme.”

The highly anticipated action has been made to combat Ofgem’s announcement that the energy price cap would rise to £3,459 from October.

Explaining how the government will look to implement this intervention, the PM said: “We will deliver this by securing the wholesale price for energy, while putting in place long term measures to secure future supplies at more affordable rates.”

Households are not the only group set to struggle with paying their bills this winter, with businesses not included in the price cap. Earlier today a report predicted that as many as 75,000 high level firms could go bust from energy fiscal pressures.

On business security, Mrs Truss explained: “We will also support all businesses, charities and public sector organisations with their energy costs this winter, offering an equivalent guarantee for six months.”

After this, she said that Jacob Rees-Mogg, the country’s new Business Secretary, would be tasked with finding out the businesses in need of additional support and including these in a report for supportive measures, claiming that hospitality and pubs were two sectors that are set to struggle more than most.

Chancellor Kwasi Kwarteng will set out the fiscal costs of this later this month, the Prime Minister revealed.

She refused to adopt a windfall tax to fund this, stating this would “undermine the national interest by discouraging the very investment we need to secure home-grown energy supplies.”

The Prime Minister admitted the cost would be high but refused to give a figure, however, she stated that a new energy supply taskforce had been setup to combat this. They have been tasked with negotiating new “long term energy contracts with domestic and international gas suppliers to immediately bring down the cost of intervention.”

Return to oil and gas

She was clear in her stance of protecting energy security to fight the energy crisis and this was represented in her decision to boost oil and gas exploits.

“We are also accelerating all sources of domestic energy, including North Sea oil and gas production. We will be launching a new licensing round, which we expect to lead to 100 new licenses being awarded,” she said.

Fracking was not directly mentioned but it’s expected the moratorium on it will be lifted under her new plans for more security.

On net zero the PM stated: “I am completely committed to net zero by 2050.

“We will speed up our deployment of all clean and renewable technologies including hydrogen, solar, carbon capture and storage and wind,” she added.

Pressure was also put on the UK government to follow the example of the European Commission in looking to separate electricity and gas prices to level the market.

In relation to this, Mrs Truss said: “Renewable nuclear generators will move onto contracts for difference to end the situation where electricity prices are set by the marginal price of gas. This will mean that generators are receiving a fair price, reflecting their cost of production, further bringing down the cost of this intervention.”

The intervention is expected to curb inflation by 5%, with a new scheme also being set up with the Bank of England worth £40 billion to ensure firms operating in wholesale energy market “have the liquidity they need to manage price volatility.”

Launching a review of energy regulation and a review of net zero by 2050 in a way that is “pro-business and pro-growth” were other steps that Truss stated her government would be taking to help “repair” the market.