Ofgem’s rigorous new standards of conduct to ensure energy suppliers are treating consumers fairly have come into force this week. The new rules have been introduced as part of the […] 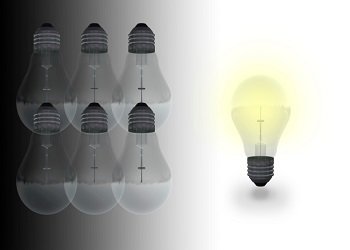 Ofgem’s rigorous new standards of conduct to ensure energy suppliers are treating consumers fairly have come into force this week.

The new rules have been introduced as part of the first stage of the energy regulator’s Retail Market Review (RMR) reforms to make the market “simpler, clearer and fairer” for consumers.

They cover a range of interactions suppliers have with householders – from when they are marketing energy deals to them to making amends when customers make a complaint about their supply – and are backed by fines if necessary.

Suppliers must provide information which is “accurate and not misleading”, communicated in a clear and easy to understand language and publish statements each year clearly showing what actions they are taking to treat customers fairly. Any brokers or third party intermediaries (TPIs) that represent suppliers will also be bound by the standards of conduct.

Andrew Wright, Ofgem’s Chief Executive said: “Suppliers have already taken some steps to make the energy market simpler for customers and we welcome that but our package of reforms means they must go further. The standards of conduct we have introduced require suppliers to go through a culture change in the way they treat consumers.

“They have to make sure they are embedding simplicity, clarity and fairness into all their dealings with consumers to tackle the lack of trust that has blighted the market. The standards of conduct will also enhance consumer protection as they are backed by Ofgem’s power to levy fines.”

The energy regulator has also asked suppliers to implement the rest of its reforms by the end of the year – which includes offering no more than four core tariffs per fuel type – provided there are no appeals against the decision. Trade bodies and Consumer Futures now have 20 working days to decide whether they should appeal against the reforms to the Competition Commission. If an appeal isn’t lodged, the rest of the reforms can start to take effect from 22 October this year.

The requirement for suppliers to put details of their cheapest offers that are personalised for individual customers on all bills and annual statements will come into force next year.

Ofgem is also looking into bringing in new regulations for third party intermediaries (TPI) such as energy switching sites and brokers.