The energy sector has responded to the Chancellor of the Exchequer Rishi Sunak’s Budget announcement – but what did it think? 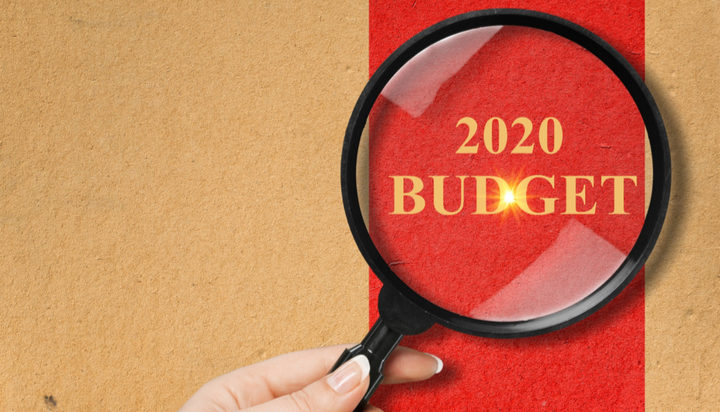 The energy sector has responded to the Chancellor Rishi Sunak’s Budget announcement – but what did it think?

Holding steady on oil and gas a welcome move

Derek Leith, EY’s Global Oil and Gas Tax Lead, said the new Chancellor’s decision to hold steady and make no legislative change for the oil and gas industry was a welcome move.

He said: “In recent years we’ve seen significant change to the tax landscape for the oil and gas sector, with successive governments acknowledging the maturity of the basin and the need to have stable fiscal conditions for investment. Last weekend’s drop in oil price demonstrates that there is significant volatility in the sector with global demand faltering and supply-side discipline disappearing.

“A return of the oil price to the $55 (£42.6) – $65 (£50.4) range would be beneficial to the industry as it seeks to maximise economic recovery whilst taking steps to decarbonise production facilities. A stable oil and gas industry in the UK offers the best possible foundation for the oilfield services sector and supply chain to start to transition its technical competence into alternative energy.”

James Watson, Partner and Sector leader for Energy and Utilities at international law firm Osborne Clarke, said: “The devil will be in the detail but the 2020 budget investment needed to reach the government’s 2050 carbon reduction targets which has not been delivered. For example, the £800 million in Carbon Capture and Storage will need to be increased several times over to reach those targets.”

He also said additional investment in EV charging infrastructure and renewable energy was needed in order to align with decarbonisation goals.

STA Chief Executive Chris Hewett noted: “Unfortunately this Budget is thin on measures to tackle climate change and support the transition to a low carbon economy. Renewables are vital to reaching net zero and without good policies in place to support the uptake of solar we will fall well short of the 40GW needed by 2030 to keep on track. Time is running out to act.”

He suggested the freeze on the carbon price support rate and the lack of any “meaningful” energy efficiency policy” was “particularly disappointing” and added: “We do welcome the decision to hold a review of business rates, which are the main barrier to the deployment of large rooftop PV. Additionally, we are pleased to see an extension to the Renewable Heat Incentive and the introduction of a Low Carbon Heat Support Scheme which categorically must apply to solar heat technologies.”

Richard Kirkman, Chief Technology and Innovation Officer, Veolia UK and Ireland, said: “The gas and heat networks policies being brought forward are game changers for our climate emergency. By providing significant seed investment for heat networks we have an opportunity to grapple with our gas addiction – a real deliverable, pragmatic solution to fossil-based ‘natural’ gas which will allow us to decarbonise the heating in homes and businesses around the UK.

“We operate three of the largest schemes in the UK and are able to use that technology and deployment experience to spread and scale the green heating option across the country, supplying communities in fuel poverty with reliable, affordable, low carbon heating. This will ensure Britain stays great and green.”

Steven Sorrell, Professor of Energy Policy at the University of Sussex Business School, said: “It is a mistake to freeze the fuel duty escalator for the tenth year in a row, threatening attainment of UK’s net zero target, and damaging the UK’s credibility in advance of hosting the UN climate conference in December.

“Car drivers have enjoyed a large price cut in real terms since 2010, since the price of gasoline and diesel has not kept pace with inflation. At the same time, public transport fares have risen faster than inflation and bus travel has declined. Cheap fuel prices have encouraged people to purchase gas-guzzling SUVs which now account for one-quarter of new car sales. Carbon emissions from transport are rising, and cars now emit more carbon dioxide than power stations. These trends are not sustainable.

“The fall in global oil prices provides an opportunity to reinstate the escalator. Since low-income households are less likely to own a car, or to travel long distances, much of the burden will fall on high-income groups.

Will Gardiner, Drax Group CEO, said the funding for the development of two or more carbon capture and storage clusters “demonstrates the government’s commitment to communities and businesses in the North”.

He added: “By accelerating the development of vital negative emissions technologies like bioenergy with carbon capture and storage (BECCS), which is being pioneered by Drax, we can permanently remove millions of tonnes of carbon dioxide each year from the atmosphere.

“The Humber is the UK’s most carbon-intensive region and home to 55,000 jobs in manufacturing and other industries. Decarbonising the Humber would therefore have a major impact – delivering for the environment and the economy, securing jobs and a long-term future for businesses which could otherwise be left behind.”

Step in the right direction on plastic

Rob Morgan, Investment Analyst at Charles Stanley Direct said: “The Chancellor’s new plastic packaging tax is a step in the right direction towards encouraging people to alter their day-to-day behaviour towards socially responsible investing. Government intervention is key, as demonstrated by the plastic bag campaign where more than half say they are aware of it, and 15% say they have subsequently changed their behaviour as result.”

He stressed the financial services industry needs to ensure its harnesses the “transformative potential of socially responsible investing” to make sure investors are able to secure “not just a robust financial future but a society and environment to match”.

Needs to be supported by bold decisions

David Smith, Chief Executive of Energy Networks Association, which represents energy network companies in the UK and Ireland, said: “The Chancellor clearly recognises the sheer scale of investment needed to deliver net zero by 2050. This Budget will help the UK transition to a much greener future, but it needs to be backed up by bold decisions in the forthcoming government Energy White Paper and the National Infrastructure Strategy.

“To deliver a net zero future, the government needs to support both investment and innovation across the whole energy system. Today’s news is good news, but now is the time to build on that.”