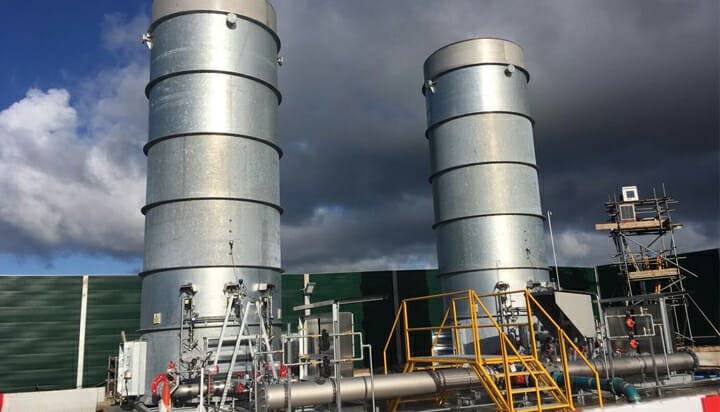 Lord Frost is among a group of Tory MPs urging the government to reverse the ban on fracking.

That follows the announcement by energy firm Cuadrilla on Friday that it was ordered by the Oil and Gas Authority to abandon its shale gas wells in Lancashire.

In 2019, the government decided to ban fracking.

Former Brexit Minister David Frost told The Telegraph: “If our economy is to boom after Brexit, British industry needs a competitive and reliable source of energy which we hold in our own hands and brings investment into this country.

“Shale gas production achieves all this and more. If we don’t produce it here, as we have seen, as we do is import gas from elsewhere, and push up overall carbon emissions too.

“So let’s reverse the moratorium on shale gas and let a British energy renaissance begin.”

Last week, Jacob Rees-Mogg, Minister for Brexit Opportunities reportedly suggested that there should be a return to fracking.

Cuadrilla Chief Executive Officer Francis Egan had previously said:  “At a time when the UK is spending billions of pounds annually importing gas from all corners of the globe and gas prices for hard-pressed UK households are rocketing, the UK Government has chosen this moment to ask us to plug and abandon the only two viable shale gas wells in Britain.”

Responding to these calls, Zac Goldsmith, Minister for Pacific and the International Environment wrote on twitter: “The argument that fracking will reduce our reliance on Russian gas is wrong.

“Between just 1 and 3% of UK gas comes from Russia. We import mostly from Norway – a friend and ally.

“And to replace half the gas we import, we’d likely need around 6,000 new wells, with all the associated industrial equipment and endless movements of trucks ferrying toxic chemicals and wastewater to and from sites.

“It’s hard to imagine communities across the UK being ok with that. It’s hard to overstate just how unpopular fracking is with the British public. The last BEIS attitude tracker showed only 18% support. People do not want large-scale industrialisation of the British countryside.”

A BEIS spokesperson told ELN: “We’ve always been clear that the development of domestic energy sources, including fracking, must be safe and cause minimal disruption and damage to those living and working nearby sites.

“We ended support for fracking on the basis of scientific evidence, showing that it is not currently possible to accurately predict the probability and size of tremors associated with fracking. Shale gas remains unproven as a resource in the UK.”