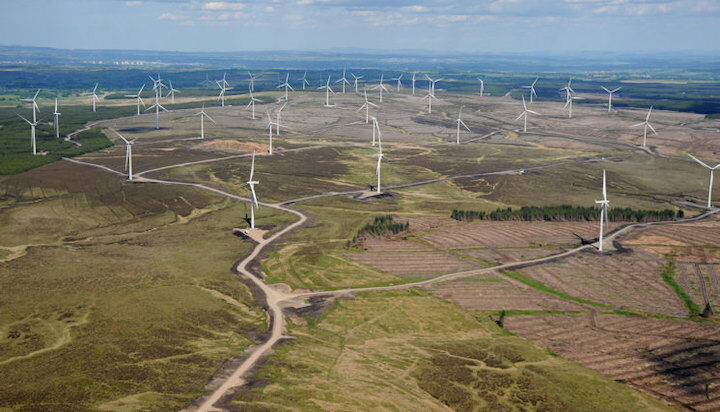 In a world that strives to bring more renewables into the global energy system and limit its reliance on Russian oil and gas amid the war in Ukraine, “green” inertia might hold the key to the accelerated energy transition.

Two weeks ago, the National Grid ESO confirmed that wind, solar and wave generators will start to provide stability services to the grid.

The system operator, which had previously committed to zero carbon operation of Britain’s electricity system by 2025, has said that three “green” inertia services will go live by summer.

These projects, part of a £336 million investment, are designed to imitate the effect of a power station but without using fossil fuels.

Previously, inertia has been provided by coal or gas power plants.

A £7.5 million “sonar” tool, which is believed to become the world’s first ultracapacitor, has already been deployed in Teesside and will start operations this summer.

The tool is expected to measure inertia by sending pulses of power through the grid, in a similar manner to sonar technology.

Julian Leslie, Head of Networks at National Grid ESO, said: “Building a green system with enough inertia is an engineering challenge for system operators worldwide and we’re the first to be solving it.

“Plus, we’ve solved it in a way that means it’s significantly cheaper for consumers than before we made the investment, with all the benefits of zero carbon.”