Boris Johnson hints at what energy security strategy will include 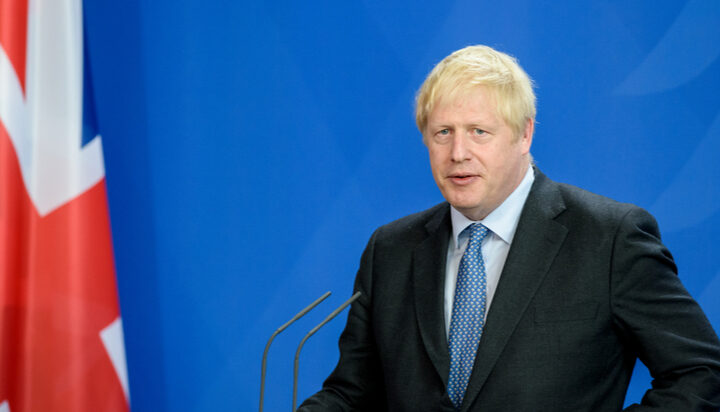 The Prime Minister has hinted at energy plans ahead of the publication of the much-anticipated government strategy.

Speaking to the House of Commons Liaison Committee, Boris Johnson said: “Renewables are fantastic, offshore wind has massive potential but so does nuclear.

“This is the country that split the atom, the first-ever civilian nuclear power station it was in Cumbria, I remember it from my Ladybird book on atomic power. Why aren’t we doing it, why the French got 56 nuclear reactors and we’ve got barely six. Whose fault was it?

It had been previously reported that the government would increase offshore wind from its current capacity of 11GW to 50GW, onshore wind from 15GW to 30GW, solar from 14GW to 50GW and nuclear power from 7GW to 16GW.

Mr Johnson has also predicted that it will take almost a decade to bring a major nuclear system on stream.

Small modular reactor technology could contribute to the UK’s grid before the end of the decade, he suggested.

Boris Johnson said: “If we don’t start now, we will not be fixing the problem, but I am optimistic that we can.”

Asked about the role of oil and gas in the new energy security strategy, the Prime Minister said: “Hydrocarbon riches of the world are still vast and that is a bad thing because we want to move away from hydrocarbons as fast as we can but it is also in the short term a useful thing.

“Hydrogen could be a fantastic solution, particularly for heavy goods vehicles, for farm machinery, for diggers, for ships.

Asked about the cost of living challenges arising from increasing energy prices as Russia’s invasion exacerbated the already “astonishing” increases in energy costs and whether the energy security strategy is going to address these issues, the Prime Minister said: “I think you have to provide as much short-term relief as you can to people within the fiscal constraints that we have, the £9.1 billion that we are giving to help people with the cost of energy.

“But we have to recognise that in the UK we have just failed for a generation to put in enough long-term supply and it’s been one of those colossal mistakes.”