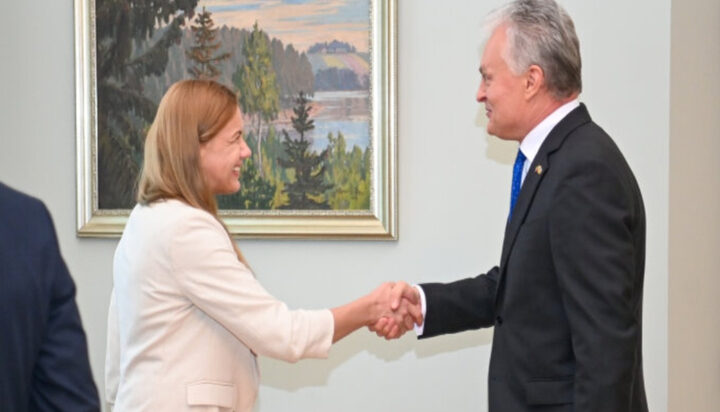 Lithuania aims to break its grid dependence on Russia earlier than the original plan.

Lithuanian President Gitanas Nauseda said the country looks at decoupling from the Russian grid in 2024.

Mr Nauseda said: “Energy independence from Russia needs to become a strategic goal for the European Union. Synchronisation is an important part of this process.

“Getting connected to the European electricity grid as soon as possible would boost the energy security of the Baltic States and the EU as a whole.

“We should leave no room for an aggressor to use energy as a tool for political manipulation.”

In his meeting with EU Commissioner for Energy Kadri Simson, Gitanas Nausėda stressed the importance of removing infrastructure bottlenecks, securing gas reserves and investing in renewable energy sources as part of the EU’s efforts to increase its independence from Russian energy imports.

According to Lithuania’s President, minimising dependence on gas and increasing the share of renewable energy sources in the energy systems of the countries would help tackle the issues of prices and security.