Millions of customers to be hit by new hosepipe ban 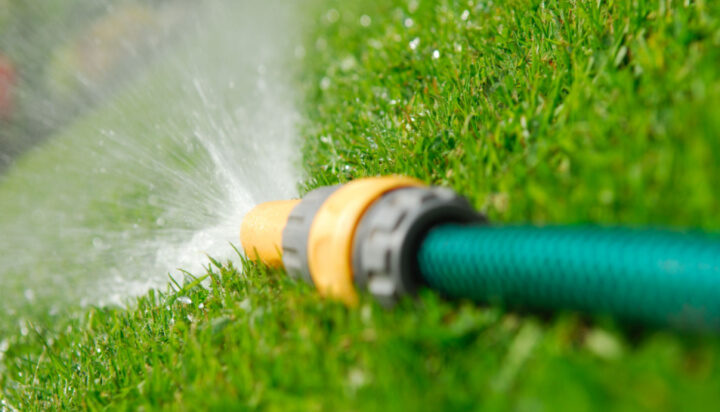 Millions of customers are likely to be plunged into a hosepipe ban as a result of new reported plans put forward by water companies to tackle one of the driest periods Britain has ever seen.

Following the driest July, since records began in 1836, South East Water will allegedly join other suppliers in carrying out measures for a temporary use ban.

According to a briefing leaked to the Daily Mail, the ban for customers living in Kent and Sussex will start at midnight on 12th August.

It is estimated that around 2.2 million customers will be affected by the new ban.

Southern Water’s ban in Hampshire and the Isle of Wight is expected to come into force this Friday.

Thames Water has also warned that its reservoirs are “below average” for this time of the year.

The company which serves around 15 million customers says it has seen extremely high demand in recent weeks.

Thames Water cannot rule out the implementation of restrictions on water usage if Britain will not receive around or above average rainfall in the coming months.

A few days ago, government advisers urged the government to take urgent action and start investing in the nation’s water supply infrastructure and water metering technology.

They warned that Britain could face queuing for emergency bottled water “from the back of lorries”.

A Thames Water spokesperson told ELN: “The recent heatwave and extreme heat has resulted in extremely high demand, some of our highest for over 25 years.

“At times the demand can outstrip our capacity to treat water and hence we have been promoting the need to use water wisely to ensure we can maintain supplies for all.

“Looking ahead to the measures we might need to take if this long spell of unusually dry weather continues, our reservoirs have fallen below average for this time of year.

“This is due to the fact that nine out of the last 11 months have been drier than average with underground aquifers and flows in the rivers, which we rely on for water, also lower than expected for this time of year. Over the last three months, our area received only 65% of the average rainfall, with similarly low levels of rainfall over the preceding winter and spring period.

“We know the water we have stored in our reservoirs will continue to reduce, so if we do not receive around or above average rainfall in the coming months this will increase pressure on our resources and may indeed result in the need for more water saving measures including restrictions.

“We have a statutory drought plan in place which sets out the actions we would take, and when we would take them, at various stages of a developing drought situation.

“Due to the prolonged stretch of dry weather, we implemented the first stage of that plan in May with a media campaign promoting water-saving tips to help our customers use water more efficiently. The next stage of the plan would be to introduce a temporary use ban which is likely to include hosepipe.

In response to the reported plan of South East Water, Karen Gibbs, Senior Policy Manager at the Consumer Council for Water, said: “The exceptionally dry weather and high demand for water means restrictions are now needed in these regions to protect water for essential use and to ensure the environment is not left permanently scarred.

“Our research shows that many people are unsure how to use less water and how their actions can help the environment, so it’s critical South East Water promotes its water-saving freebies and keeps sharing easy ways for people to reduce their use.”

A Defra spokesperson told ELN: “Water companies have a duty to ensure supplies.

“That’s why we continue to challenge those with a poor record on leakage and are working to ensure they introduce new infrastructure such as reservoirs and water transfers. We’re also taking forward measures to support water efficiency in homes.”

ELN has approached Thames Water for a response.