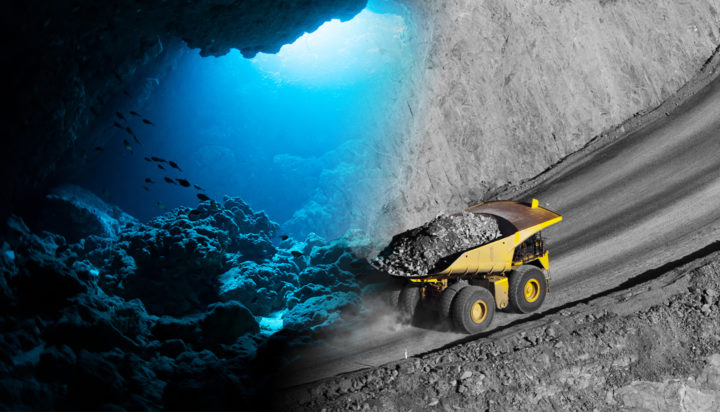 Electric vehicle (EV) batteries made from deep-sea rocks could be produced with dramatically reduced carbon emissions compared to those made from traditionally mined materials.

A new study commissioned by DeepGreen suggests polymetallic rocks found in ‘nodules’ on the deep-ocean floor could potentially supply ‘hundreds of millions of tons’ of important battery metals such as nickel, cobalt, manganese, copper.

The firm says this method of production would allow technologies needed to enable decarbonisation, such as grid-scale energy storage and EV batteries, to be created with “far less impact on the climate than mining the same metals from the land” – it believes polymetallic nodules could be used to deliver enough metals for one billion EV batteries with up to 11.6 gigatonnes less carbon dioxide equivalents being produced, compared to terrestrial sources.

The study found producing battery metals from underwater ‘nodules’ can reduce related carbon dioxide emissions by as much as 75%, reduce the amount of stored carbon at risk by 94% and prevent 88% of disruption to carbon sequestration services.

However, DeepGreen claims seafloor sediments store 15-times less carbon per square kilometre than an average terrestrial biome and says these sediments do not impact atmospheric carbon when disturbed, in stark contrast to the effects of removing forests and topsoil to access the ore, store waste and build infrastructure on land.

Daina Paulikas of the University of Delaware’s Center for Minerals, Materials and Society said: “Terrestrial miners are handicapped by challenges like falling ore grades, as lower concentrations of metal lead to greater requirements of energy, materials, and land area to produce the same amount of metal. Furthermore, the actual collection of nodules entails a relatively low energy, land, and waste footprint compared to a conventional mine.

“When it comes to emissions, even when we assume a complete phase-out of coal use from background electric grids for process inputs, our model shows that metal production from high-grade polymetallic nodules can still produce a 70% advantage.”