A “key step forward” or a “huge letdown” – what does the industry think? 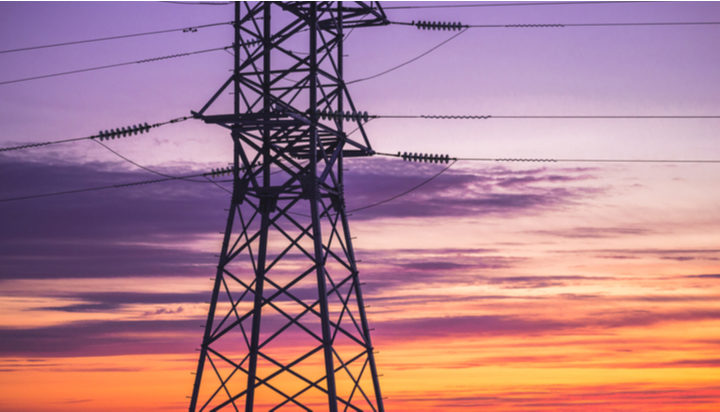 The government has announced earlier its first-ever Net Zero Strategy, a roadmap that includes key actions to help the UK reach net zero.

David Smith, Chief Executive of Energy Networks Association, said: “The Prime Minister has made it clear that customer choice is a central component of the Net Zero Strategy. The variety of technologies being developed and deployed for heat, transport, buildings and industry provides this exact choice.

“With regulation to support strategic, early investment, our energy networks will unlock net zero by connecting these technologies and making sure the right infrastructure is in the right place at the right time.”

We need to invest quickly to clean up the grid

Reacting to the launch of the Net Zero Strategy and the announcement of a new Future Nuclear Enabling Fund, Tom Greatrex Chief Executive of the Nuclear Industry Association, said: “It is very welcome to see the government commit new money to the development of nuclear projects and set out its intention to bring Sizewell C to a Final Investment Decision.

“We need to invest quickly to clean up the grid by 2035 and ensure our energy security, so we look forward to seeing details of this new fund, money for SMR deployment and legislation for Regulated Asset Base financing coming forward soon.”

“Achieving net zero carbon emissions is not going to happen overnight, but this major strategy document is a promising start to enable industries across our economy to get engaged.”

Mr Dunne added that during the committee’s work over the last 18 months, they have “consistently stressed” the need for industry to be given strong demand signals that net zero is worth investing in: “There is every indication that this strategy, with its policies on electric vehicle manufacturing and charging, along with emphasis on carbon capture and storage, will indicate to the market that Net Zero Britain is an investible proposition.

It will augment the UK’s credibility ahead of COP26

Commenting on today’s release of the government’s Net Zero Strategy, Sepi Golzari-Munro, Acting Director of the Energy and Climate Intelligence Unit said: “This strategy is an economic and political plan as well as a climate one. By providing clarity on the key next steps on the path to net zero, it sets businesses and the economy in the right direction.

“By responding to public concern on climate change and supporting households to make this transition, it addresses political pressure for strong action while looking to protect lower-income households.

“And by getting the country on track for net zero, the Prime Minister is setting an example to world leaders, ahead of the Glasgow climate summit, of how to deliver this crucial goal while boosting jobs and keeping costs down. As the most detailed net zero strategy submitted to the UN by any nation, it will augment the UK’s credibility ahead of the negotiations.”

Commenting on the net-zero strategy published by the government today, Trades Union Congress General Secretary Frances O’Grady said: “The UK can be a world leader in creating good, green jobs. But this strategy is a huge letdown.

“The government has failed to implement many of the main recommendations of its own green jobs taskforce just two weeks before it hosts the UN climate change conference.

“That’s not the way to show global leadership – it’s self-sabotage.”

Net zero is possible with the technologies we have today

In response to the government’s Net Zero Strategy, David Wright, Chief Engineer at National Grid, commented: “In the lead up to COP26, the UK has certainly raised the bar on ambition to tackle climate change and we now need to see what this means in practice.

“Today’s strategy builds on the ten point plan, the energy white paper and a number of strategies that have been published in recent months, outlining what is needed to deliver a net zero future.

“Now the focus needs to be on implementation and investment in infrastructure and technologies. We’re at a critical stage in the journey where net zero is possible with the technologies and opportunities we have today and, in order to deliver on this, we have to accelerate and ramp up efforts to deploy long-term solutions at scale.”

Will Gardiner, Chief Executive Officer at Drax Group, said: “The government’s Net Zero Strategy, published today, is a key step forward as the UK looks towards a zero-carbon future.

“It highlights the significant contributions that both our negative emissions technology, bioenergy with carbon capture and storage and the expansion of our pumped storage hydro capacity, could play in generating renewable energy in the UK, for the UK, whilst also addressing the climate crisis.”

Simone Rossi, Chief Executive of EDF in the UK, commented: “With COP26 only two weeks away, it’s good to see confirmation of the Government’s commitment to more nuclear and renewables to support the UK’s energy supply.