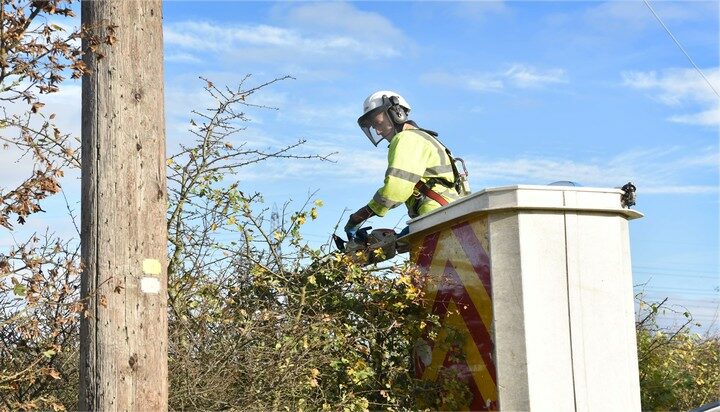 Believe it or not, trees across the East and South East of England have helped UK Power Networks prevent outages for customers!

The company, which has invested £19 million in tree trimming, has used software that uses data from trees to help workers decide when, where and how to clear trees and bushes away from power lines.

The technology calculates a risk ranking for each tree, in terms of the priority it should be given for trimming for maximum benefit, which also helps ensure no trees are cut unnecessarily.

The innovative project builds on existing use of mapping technology such as LlDAR plane patrols which UK Power Networks was the first UK network operator to adopt.

The data analysis has already resulted in fewer power cuts for customers, with the combined benefit of saving 350 trees.

It has also protected an estimated 9,000 customers from potential power cuts.

Alex Mahon, Head of the company’s Analytics team, said: “This tool adds to the resilience of our electricity networks, reduces power cuts, and also ensures that the environmental impact of tree trimming is also lessened by directing work to where it is most needed.”