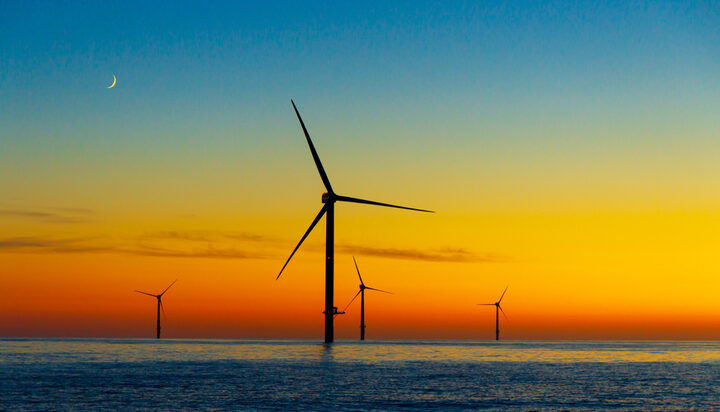 The government has today announced its intention to hold auctions for the Contracts for Difference (CfD) scheme every year.

The Business and Energy Secretary said the next allocation round, AR5, will be brought forward to March 2023.

Kwasi Kwarteg said: “Our review suggests that the move to more frequent CfD allocation rounds is overwhelmingly supported by industry.

“Increasing the frequency of allocation rounds will help to encourage low carbon electricity generation, which may also encourage investment in supply chains, and benefit the UK in the longer term not least by protecting consumers from potentially volatile global markets.

“These more frequent rounds will also support the delivery of those renewable technologies, such as onshore wind, offshore wind, and solar PV, which are key to decarbonising the power sector, creating jobs and bringing even more investment to our former industrial heartlands. This will sit alongside the government’s commitment to bring forward another large-scale nuclear power plant this Parliament.”

A few days ago, the government opened a consultation on changes to more effective the application process for Supply Chain Plans.

In response to today’s announcement, Energy UK’s Chief Executive Emma Pinchbeck, said: “We are delighted with the Government’s decision to move to annual CfD auctions, which we have long advocated for as we transition to net zero.

“The CfD scheme has been critical to facilitating investment in renewable energy and annual CfD auctions will drive further investment, boost the UK’s supply chain as well as lower energy bills as we reduce our reliance on international gas prices.”

Frank Gordon, Director of Policy at the Association for Renewable Energy and Clean Technology, said: “We and others have called for more frequent auctions for a number of years, most recently in response to the energy bills crisis.

“More power will be needed as sectors decarbonise, and moving to renewable, domestic energy supplies is ultimately the only way to prevent us being exposed to volatile international fossil fuel prices that drive bill increases, while enabling net zero.”

Dr Simon Cran-McGreehin, Head of Analysis at the Energy and Climate Intelligence Unit, said: “Whilst gas producers have been profiting from rocketing gas and power prices, renewables under the ‘contracts for difference’ scheme have been paying back and cutting bills – to the tune of £35 a year from this April.

“Doubling down on investment in homegrown renewables will provide ongoing savings and cushion households from a future gas crisis.”