Are the new measures included in the Spring Statement enough to mitigate the effects of the energy crisis? 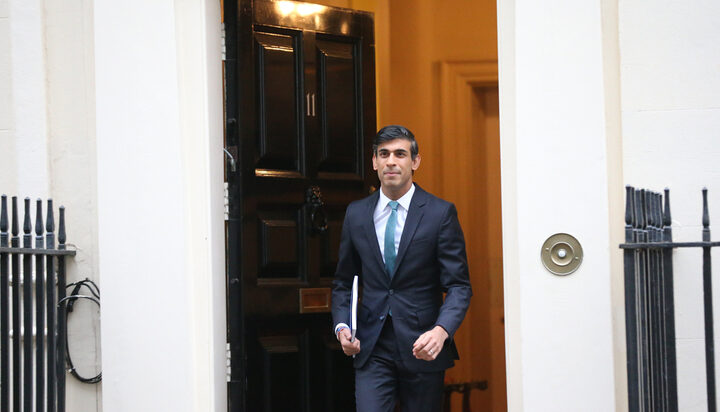 Rishi Sunak revealed his mini-Budget earlier today with a 5% cut to fuel duty which as he explained later “is the biggest cut to all fuel duty rates ever.”

The Shadow Chancellor Rachel Reeves has criticised him for not putting a windfall tax on oil and gas companies – which her party has been calling for.

But what does the industry think about the Spring Statement 2022?

A sigh of relief

“These are measures that will ultimately boost long-term growth for the economy, leaving families better-off, and our nation better protected from the impacts of global crises on energy prices.

“However, there is no time to rest easy – the electrotechnical sector must seize this opportunity to focus on delivering the installations and energy efficiency measures that will result in cheaper bills and lower carbon emissions for consumers.”

Failure to address the catastrophic impact of energy bill rises

The boss of the fuel poverty action National Energy Action has said the Spring Statement was “desperately disappointing”.

Adam Scorer, said: “Today’s Spring Statement from Chancellor Rishi Sunak fails to address the catastrophic impact on the poorest of skyrocketing energy bills, which are set to increase next week by around 54%.

“Desperately disappointing. The government must use spring and summer to come up with a real plan ahead of next winter, if we are to avoid the worst of cold homes, debt and needless deaths.”

“But there are lots more tools within the Chancellor’s grasp for getting off Russian gas and reducing household bills.

“Low-interest loans have been hugely popular in Germany and could unleash private sector investment into sealing up our leaky homes, while net zero policies like incentivising the switch away from gas boilers will help to shield Brits from future fossil fuel market volatility.”

“Is that it Chancellor?”

Mike Foster, Chief Executive Officer of the Energy and Utilities Alliance, said: “The Chancellor has clearly not heard the outcry over rocketing energy bills faced by millions. He has done nothing in the Spring Statement to help the vast majority of consumers who face bills doubling this year.”

“Frankly, consumers waiting to hear good news on their energy bills will be left asking, ‘is that it Chancellor?’”

Reacting to today’s Spring Statement and the measures announced around energy efficiency, Environmental Audit Committee Chairman, Philip Dunne, said: “Removing VAT on energy efficiency measures – as we called for in our Energy Efficiency report – is a significant win for the sector that has been calling for this for a long time.

“Improved installation and retrofitting has the potential to reduce bills while slashing some of the 20% of emissions emanating from UK homes.

“Heat pumps and solar panels will then help to power our homes in an effective, low carbon way. This is a major vote of confidence in net zero, and I welcome the Chancellor’s announcement today.”

A Professor of Energy Policy in the Science Policy Research Unit at the University of Sussex Business School has said the fuel duty cut is an ineffective and unfair response to the cost of living crisis which unfairly benefits richer households.

Professor Stephen Sorell said: “While nearly half of poor households do not own a car, many rich households drive long distances in gas-guzzling SUVs.

“Since the richest 10% of UK households spend six times more on fuel than the poorest 10%, most of the benefits go to the wealthy.

“Oil companies benefit from higher demand and they may respond to the policy by adjusting their prices – which inflates their profits. At the same time, the fuel duty cut slows the transition away from fossil fuels.”

Only some will benefit from the new measures

Just a part of those people projected to live in fuel poverty from 1st April will benefit from the new measures, campaigners from the End Fuel Poverty Coalition have suggested.

Simon Francis, Co-ordinator of the End Fuel Poverty Coalition, commented: “The unexpected VAT cut on installing renewable or energy efficiency measures, the increase to Household Support Funds and the promised tax cuts, will no doubt help some people.

“However, the fuel poverty crisis gripping this country will affect over 6.3 million households from 1st April.

“And for these people – including the 2.5 million families with children in fuel poverty – there was very little in the Spring Statement.”