Will the shutdown of Hinkley Point B today put more strain on grid? 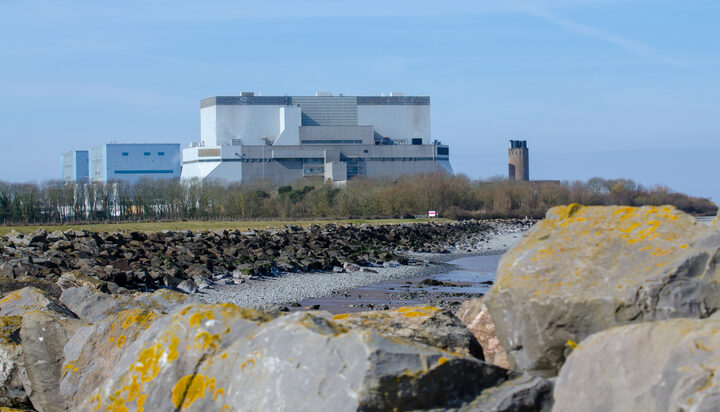 The nuclear power station Hinkley Point B (HPB) in Somerset will stop generating electricity today at 10am.

The shutdown comes amid concerns over Britain’s winter energy supply as Russia chokes off gas flows to Europe.

It is estimated that the closure of the plant will remove nearly a gigawatt of power generation capacity from the UK’s energy system.

The government had been previously warned that nearly six million homes could face potential power cuts due to energy shortages as a result of the geopolitical tensions between Russia and Ukraine.

It is estimated that the power station has produced 310TWh since 1976 – enough to power 27 million homes for three years.

Last month, it was reported that Energy Minister Greg Hands did not contact EDF Energy, which operates the power station to discuss the possibility of keeping the plant’s two reactors open beyond their current closure dates of 8th July and 1st August 2022.

EDF Energy has reportedly sent a memo to staff on 30th May telling them that it would not delay the shutdown of HPB.

Mike Davies, Station Director of Hinkley Point B, said: “This is a day of mixed emotions for all of us. We are justifiably proud of everything this station and its workforce have given to Somerset and indeed the country, over decades of operations.

“The huge amount of electricity we have produced could have met the needs of every home in the South West for 33 years.

“There is much to be proud of – this tiny corner of Somerset has produced huge amounts of zero-carbon electricity, supported and enriched our community and helped sustain the South West nuclear sector by providing thousands well-paid, high-skilled jobs to our community.

“Now our attention turns to the job of defueling the power station.”

Tom Greatrex, Chief Executive of the Nuclear Industry Association, said: “Hinkley Point B is the most productive clean power asset in British history.

“The dedicated staff who have helped keep homes in the South West warm and light for 46 years, deserve our gratitude. As the current energy crisis demonstrates, without nuclear the cost of the electricity we rely on is higher and leaves us reliant on burning imported fossil fuels. That’s why we need new nuclear.”

A government spokesperson told ELN: “Any extensions to operational dates of nuclear stations is entirely a matter for the operator and the independent regulator based on safety considerations.

“The government has no direct involvement in this process.”

A few days ago, the UK’s nuclear regulator gave planning consent for Sizewell C in Suffolk.