Protests, legal action and publicity stunts may deter offshore investment in the UK waters, the chief of Offshore Energies UK has warned 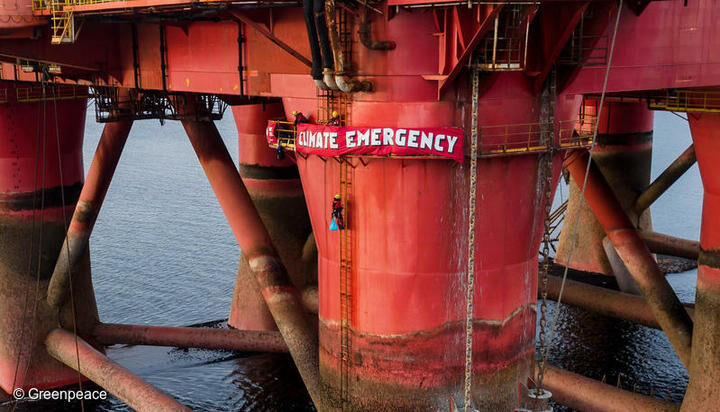 Environmental activists and protestors could put the UK’s energy security and net zero target at risk.

That’s the suggestion from the boss of Offshore Energies UK (OEUK), former Oil and Gas UK, Deirdre Michie who spoke at the trade association’s annual conference about the challenges the industry faces amid the energy crisis.

Ms Michie said protests staged by activist groups and aimed at blocking any further oil and gas investments would make the UK “increasingly dependent” on other countries, including Russia, for its energy.

“It’s no irony to say that we are aligned with their long-term vision of a low carbon UK. But we do disagree with their approach as to how we get there.

“Because the actions they have been taking – headline-grabbing but damaging – are another risk to investor confidence.”

A Greenpeace UK spokesperson told ELN: “It’s fossil fuels that are giving us budget-busting energy bills, funding Putin’s war and fuelling megadroughts and record-breaking heatwaves all over the world.

“The organisation formerly known as Oil and Gas UK has done more than most to get us into this mess. No wonder their solution is to double down on the fossil fuels that caused the problem in the first place.”

A spokesperson for Just Stop Oil said what threatens the UK’s energy security is the government’s insistence” on subsidising oil and gas industry.

ELN has approached Extinction Rebellion for a response.