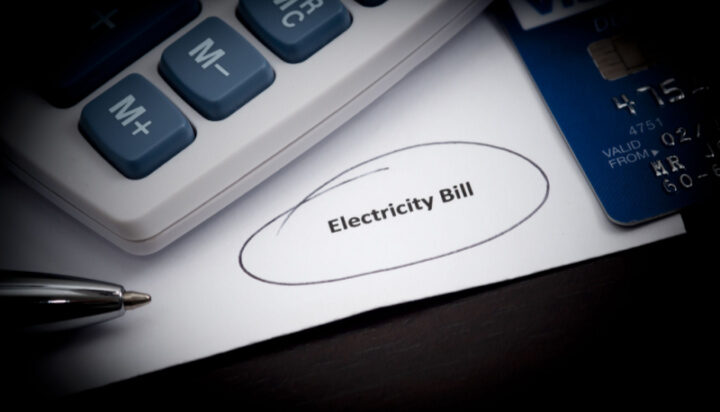 Ofgem has received fierce criticism from energy companies over the publication of the findings of its report on how suppliers set and review customer direct debit levels.

Yesterday, Ofgem said its review identified weaknesses in some suppliers’ processes that could result in suppliers setting some direct debits incorrectly.

The regulator has asked suppliers that increased their customers’ direct debits by more than 100%, impacting more than half a million customers, to review them.

The move could lead to potential refunds.

Ofgem explained that its assessment divided suppliers into three groups.

According to the report, suppliers in the first group, with “no significant issues” found, are British Gas, EDF, ScottishPower and So Energy.

The regulator said these weaknesses range from “inadequately” documented or embedded processes, “weak” governance and controls to an overall lack of a structured approach to setting customer direct debits.

In addition, in this group, with severe weaknesses were TruEnergy and UK Energy Incubator Hub which exited the market last week.

Jonathan Brearley, Ofgem Chief Executive Officer, said: “We know how hard it is for energy customers at the moment so it’s crucial that the amount they pay each month in direct debits is right so they can manage their money.

“Suppliers must do all they can, especially during the current gas crisis, to support customers and to recognise the significant worry and concern increased direct debits can cause.

“We know there is some excellent service out there, but we want to make sure that it’s consistent and standard across the board. It’s clear from today’s findings on direct debits that there are areas of the market where customers are simply not getting the service they need and rightly expect in these very difficult times.

“Today’s findings show that with the urgent changes we are now expecting, the current system will be much fairer for consumers. Bringing down the price of gas is not in Ofgem’s control; however, we will do all we can to have a fair system and ensure suppliers look after their customers.”

Utilita has expressed its “strong disagreement” with the categorisation of the company’s findings as “moderate” weaknesses.

In a statement, the energy supplier said: “We have been left shocked and disappointed by Ofgem’s decision to name and shame suppliers at this time, given we’re still working on their follow-up request for additional information and evidence.

“It is particularly outrageous since other suppliers have hundreds of millions of pounds in customer credit balances sitting on their balance sheets that could have only materialised because they have set direct debits too high. And yet Ofgem says they don’t have any significant failings.

“We fully support the proposal to introduce a code of practice to govern the way energy suppliers set direct debits. It is clear that in the past some suppliers have used excess direct debit collections to prop up their balance sheet.

“Utilita has never done this. The vast majority of our customer base is prepay and consequently direct debit collections are not that significant.”

A Good Energy spokesperson told ELN: “Ofgem raised just one concern relating to internal documentation. Our direct debit processes are fair and consistent and Ofgem has not found there to be any customer detriment.

“Ofgem is only serving to create extra anxiety for our customers here, at the worst possible time. We will be raising this with their senior team and completing the requested documentation within the next two weeks.”

Commenting on the findings of Ofgem’s report, Dale Vince, Founder of Ecotricity, said: “We have always included credit balances in direct debit calculations – but our new billing system, which we installed during the pandemic, didn’t do that, so we began an upgrade in January this year.

“This is in testing now and will go live in six weeks. We told Ofgem this but unfortunately, they took no account of it in their assessment.”

An Octopus spokesperson told ELN: “Ofgem’s minor concern with Octopus is that customers are paying less than the regulator would expect – the opposite of the assumptions that payments are set too high.

A TruEnergy spokesperson said: “TruEnergy welcomes tougher regulation from Ofgem and is working with the regulator to demonstrate full compliance with all areas of its supplier license conditions.”

A Bulb spokesperson told ELN: “We regularly contact our members to make sure their payments are right for their energy usage and share details of how we calculate payments on our website.”

Doug Stewart, Green Energy UK’s Chief Executive said: “Ofgem has highlighted areas where we can make improvements and we are already taking action to address these areas.

“However, I do feel that given the challenging state of the market, Ofgem needs to resist knocking suppliers, like ourselves, who have survived the market crash and doing our very best to help customers.

“Given the situation that customers are facing, Ofgem, government, consumer organisations and energy suppliers need to work in unison to help customers through the winter and beyond.”

ELN has approached E.ON, Outfox The Market, Ovo, Shell and Utility Warehouse for a response.